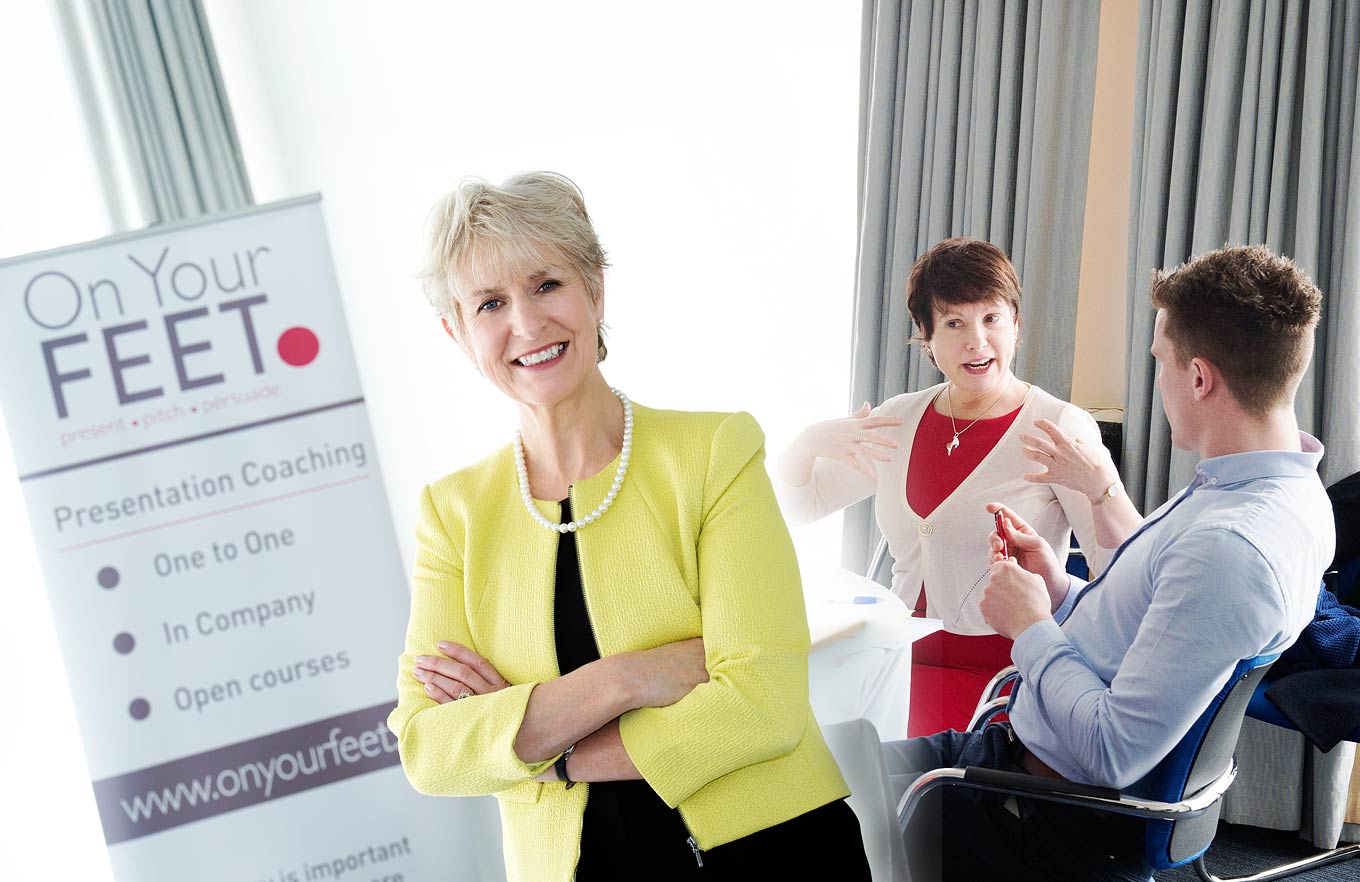 At On Your Feet we are passionate about empowering people to speak with confidence in all situations.  We are based in Dublin, however we are a highly mobile team working with clients across all of Ireland and the UK.

Barbara Moynihan founded On Your Feet in 2010.

Some years before that, in her early 20’s she stood, nervously, in front of a room of people and realised that public speaking was not as easy as it looked.

Many years later, following a career in finance, she decided to help others overcome the public speaking difficulties she herself had encountered.

She is a well-known and regular speaker at conferences and events. She has won several business awards:

Network Dublin, Small Business of the year award for 2017

We are a small team of facilitators, but with a wide diverse of business experience both in Ireland and overseas.  In addition to this we all hold internationally recognised training qualifications.
As a team we hold many qualifications.  These vary from IT, to coaching, through to Masters degree level in Management Practice.
We believe that the combination of our real-life business experience and the academic qualifications help us to understand our clients and help them better, regardless of the type of business they operate in.

We know we are different from others who do what we do and here are 10 reasons why:

A portion of the proceeds from each On Your Feet masterclass has been donated to the Irish charities below over the last few years.