Rhetoric – what is it and why must you use it in persuasive communications? 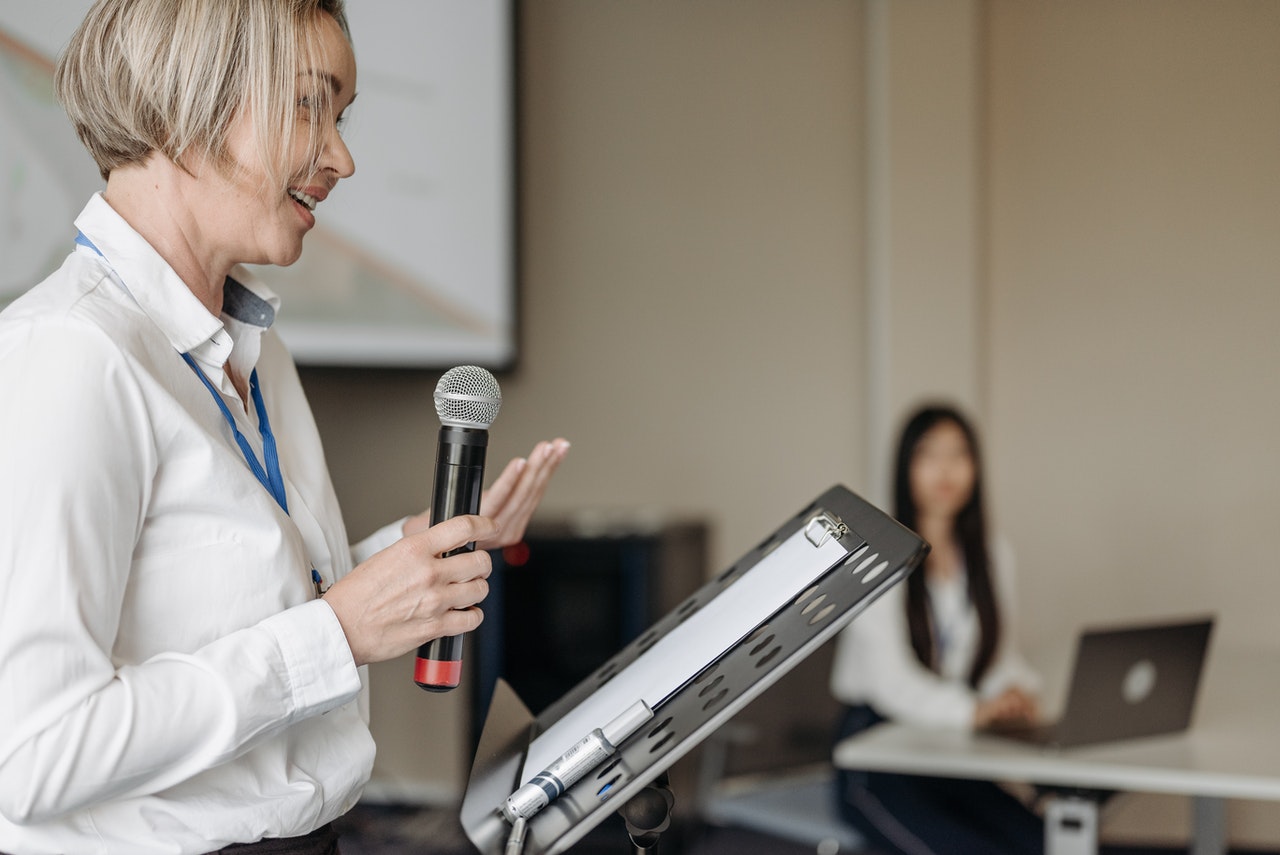 We all know that people will absorb our message via what they see and what they hear.

So, it is our body language, how our voices sound (tone, pace etc) and the words that we use.

When you are putting together your content, you are likely to be gathering your points, creating your structure and deciding how you will open and close.

But, how much thought do you give the actual words you use and your sentence construction?

Maybe not a huge amount?

Here’s the thing – when we communicate, we generally want “something to happen”.

So, we need to be persuasive.  Rhetoric is a wonderful tool to help us add real impact to our content.

There are many definitions of rhetoric and rhetorical devices.  For example, according to Wikipedia

“A rhetorical device is a technique that is used by a speaker or an author for conveying a particular message to the audience in such a way that it provokes an emotional response to a particular action. It is a linguistic tool, whose employment can be used to construct an argument or make an existing one more compelling.”

“A rhetorical device is a technique used to convey meaning, with the aim of persuading or convincing an audience.”

We have put together a list of our top 7 rhetorical devices below. Enjoy!

We absolutely adore alliteration!  This is the repetition of sounds of two or more consecutive words.  For example, our first sentence in this paragraph – is an example, where there are 3 consecutive words all beginning with the same letter.

If we had said:

It doesn’t really have the same ring or impact as saying “absolutely adore alliteration”.

If you were talking about having a really great – week, month or day – you might say:

Or if things were less positive:

Using alliteration not only helps phrases to be more impactful, but also adds colour and helps them to be more memorable too.

Look at some well-known brands who use alliteration in their names:

This is where you take a point and amplify or intensify it to add dramatic impact and/or drive home a point.

Look at the example below where we may be making a business case to get additional resources for a team:

If we secure additional resources, the team they will be motivated

When they are more motivated, they will be more productive

And when they are more productive, we will meet our targets

As you can see from above, we have built on the initial point to extend it to make our point even stronger.

Amplification can be extremely beneficial also when used in terms of amplifying the effect of not doing something.  Take the above scenario for instance, turning it to the effect of not taking action, would look like this:

If we do not secure additional resources the team, they will become demotivated

When they are more demotivated, they will be less productive

And when they are less productive, we will not meet our targets

This one relates to repetition for effect.  Usually, but not always, in 3s.  You will regularly hear politicians use this particular rhetorical device.

Take Michelle Obama’s speech below for example where she begins 3 sentences with the same word:

“I trust Hillary to lead this country because I’ve seen her lifelong devotion to our nation’s children – not just her own daughter, who she has raised to perfection but every child who needs a champion: Kids who take the long way to school to avoid the gangs. Kids who wonder how they’ll ever afford college. Kids whose parents don’t speak a word of English but dream of a better life. Kids who look to us to determine who and what they can be.”

If you have ever seen Steve Jobs’ Stanford University address you may remember his simple message at the end:

A metaphor is where you describe an action or an action in comparison terms to something else, that isn’t actually true.  You probably use them all the time, without even realising it! Some more common examples would be:

Metaphors can add real colour and variety to your communication.  For example, if you were delivering a presentation using slides – you could include pictures to loosely represent the metaphor you are using.  For the final one in our list, for example, you could include a picture of a roller coaster.

Similes are very closely related to metaphors and often there can be confusion between the two. Simile comes from the Latin word simile meaning “like”, in other words similar.  Where you are saying that something is actually “like” something else or “is” something else.  For example:

For the record, there are several types of metaphors, but for simplicity’s sake we are referring to them in the most general of terms.  Also, unless you are in an academic exam, you don’t really need to worry whether what you are using is a similar or a metaphor!  The main point is to make an effort to use them!

You yourself have probably said, or been on the receiving end of the phrase “I have told you a thousand times that … “.  We all know that it is not a thousand times, but we accept the exaggeration is for effect.  Saying that I told you 4 times, would not help the message land in the same way.

Do exercise caution with this one in your professional communications – grossly exaggerating, or using hyperbole might go against you and have a negative effect on your credibility.

This is probably our favourite one.  It is especially effective in business presentations where you anticipate push back, something many of you may find relevant.

This simply applies to the speaker anticipating and voicing objections before they arise.  When you make a point that you know will cause the listener to push back, you use a phrase such as:

“I know what you’re thinking – we could never manage to achieve that goal in that time period.  Let me explain how we will achieve it.”

So, there are our 7 forms of rhetoric.  The next time you are putting together a significant presentation, why not spend a bit more time on choosing one or two from the above list and include them – you might be pleasantly surprised with the results!

If you have a team that would like to take their presentation skills to the next level, contact us about our 1 and 2 day programmes.