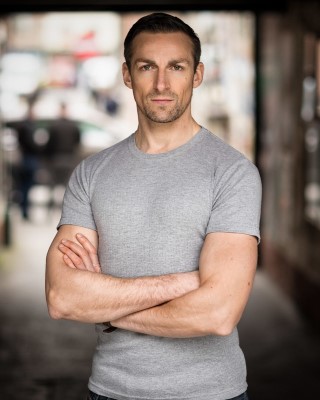 Recently I had the pleasure of interviewing the actor and voice-over artist Marcus Lamb.

Marcus has extensive experience of screen, theatre and voice-over work in both English and Irish.  So, when it comes to using voice – Marcus is a bit of a guru.

From the voice of Spongebob (in the Irish version) to Terence Andrews in ‘The Dublin Murders’, to Dessie O’Malley, whom he played in the historical drama broadcast on RTÉ Television in 2015 and numerous Beckett plays – Marcus has an incredibly wide range of vocal diversity he has had to utilise for his characters.  Believe me when I tell you – he knows a lot about the voice and can do amazing things with his own voice!

In this blog I share just a few of the many insights he shared, that can help anyone who needs to add more diversity and texture to their vocal impact.

I asked Marcus how he prepares his own voice.  He shared a technique that originates from Stewart Pearce.  Stewart is associated with Shakespeare’s Globe Theatre and a Voice Coach.  He is also the man who famously gave Margaret Thatcher gravity and weight to her voice so that she could be taken seriously.

Marcus himself does a shortened version of Stewart’s hour-long warm up technique, which he explained to me.

This is my interpretation of that technique:

He shared some lip buzzing exercises too, which quite frankly I could not explain in a blog!

He also mentioned visualisation techniques he learned from Cathal Quinn, his voice coach in The Gaeity School of Acting who had in turn learned them from various teachers such as Patsy Rodenburg, the famous British voice coach.

If you are interested in finding out more about the full vocal warm up detailed above – you can get them on the website of Stewart Pearce.

Most difficult voice and most admired voice

I asked Marcus what was the most difficult voice he had to replicate in a part and the voice he most admired.

He said the most difficult voice was the Irish politician Dessie O’Malley, whom he played in the historical drama “Charlie” broadcast on RTÉ Television in 2015.

He mentioned that Dessie O’Malley had vocal fry.

I had never heard the term before, but as soon as Marcus put on the voice – I immediately recognised it.  It is that deep, creaky, breathy sound usually associated with your lower register.

With regards to the voice he most admired, he said there was an accent that he particularly admired – the Welsh one.

In particular, the soft Welsh accent which he described as being very musical with a nice pace which lends itself well to Shakespeare.

He mentioned that Anthony Hopkins, Richard Burton, Rob Brydon, and Michael Sheen are all from in and around the Port Talbot area in Wales – must be something in the water!

Marcus shared some really interesting insights on how our facials and posture relate to our voice.

For example, he was saying that Dan Castellaneta, who does the voice of Homer Simpson (and many other Simpson characters), said that he locks his jaw to one side while doing the voice of Homer.  Of course, when Marcus told me this, I had to go straight into YouTube and check it out.

Marcus did not lie!  As soon as Dan put on the Homer voice, the jaw immediately locked.  Similarly, when Dan did the voice of Grandpa Simpson, Krusty the Clown, Mayor Quimby – he had a different face and posture for each.

I mentioned already that Marcus himself does the Irish (Gaelic) voice-over for Spongebob in Spongebob Square Pants. He says he always stands for this character, and that he would be likely to injure himself if he did it sitting!  He said you can’t constrict the voice to just your throat.

So, I found it particularly fascinating to hear how much the body and face affects the vocal impact. 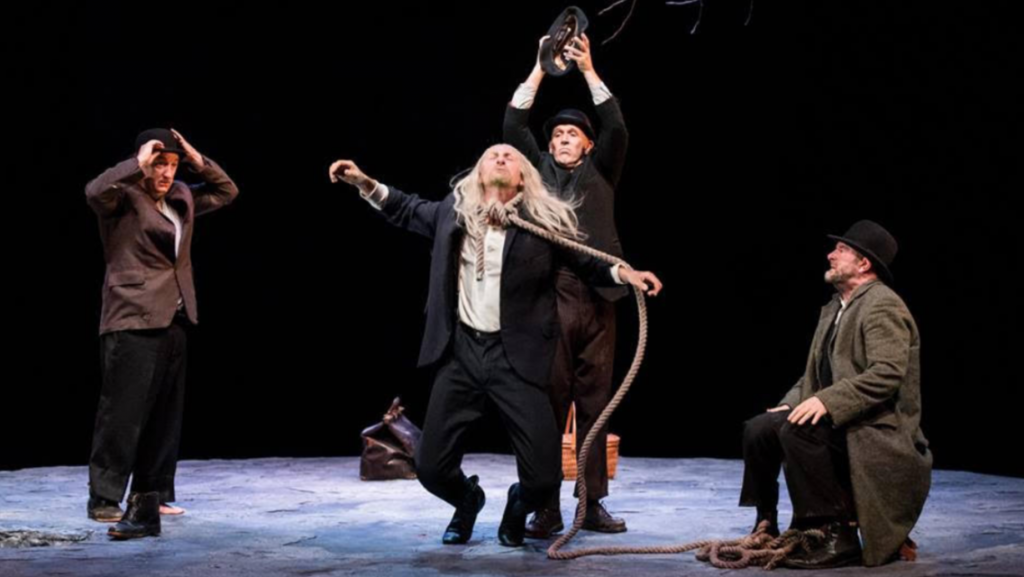 On the assumption that he would be good at pausing, I asked Marcus how he came to be good at it.

He said it was through doing Beckett.

I am quoting Marcus’s response below:

Becketts words… each one is like a little eggshell.  You can’t just stamp on the next one.

Beckett honed the work so much, more than any other playwright; he was minimalist.

So, you have got to respect that and not rush over anything.

Such sound advice on pausing – need I say more?

Marcus will be appearing as the slippery Seán Walsh in the Gaiety Theatre’s production of ‘Circle of Friends’ in early Spring 2021. He can be contacted for Voice-over and acting work via his voice-over agent: Voicebank Dublin, through his agent: First Call Management, or through his own website: Marcus Lamb Actor.