Does hiring a speech writer Trump doing it yourself? 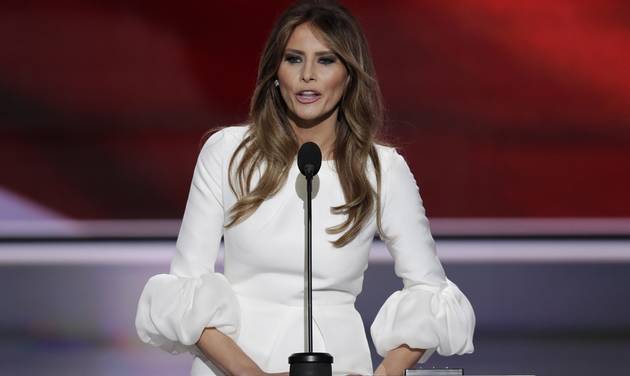 For those of us with an interest in public speaking and speeches – the American Presidential campaign is certainly providing lots of entertainment, food for thought and opportunities to be armchair critics!

During the last week, the Convention speeches have given us plenty to talk about – in particular the spouses speeches.  Last week, we had Melania Trump’s speech and this week it was the turn of Bill Clinton.

Melania’s speech was initially being hailed as a huge success.  However, it didn’t take long for the ‘plagiarising’ accusations to appear and the plaudits to ……  disappear.  For someone who would be less used to public speaking than others on the campaign, I think she did well on her delivery.  Slightly wooden but probably to be expected given the enormity of the occasion and the nerves this would bring.

Bill Clinton’s speech, on the other hand, is hailed as “making Hilary human again”.  His delivery, in my opinion, was good but he certainly seems to have lost a little bit of his flair.  I saw him speak here in Dublin many years ago – he demonstrated real talent, charisma and had the audience in the palm of his hand.  However, he still did a really good job and came across as genuine, which is always important – particularly so, on this occasion.

Tongues have been wagging all week about “plagiarism”, both by Melania and Donald Trump Jr.

But, are the speakers the guilty ones or should the speech writers be blamed?

Both are guilty – but in my opinion the Trumps are slightly more guilty than the speech writers.

Why so, and what can you take from their misfortune?

Why are they guilty?

The reason they are guiltier is simply because they should have known better.

Both of them knew for a long time that these speeches were on the horizon.  The should have devoured the content of previous speeches, especially the ones of 2012 and 2008.

In short, they let someone else take over and did not take ownership.

What can you learn from their misfortune?

For a significant speaking event, it is definitely a good idea to get professional help.  You might not be addressing millions but if it you are speaking at a conference, a big sales pitch, motivating your team or even speaking at a wedding – you want to do a great job and make the very best impression you can.   Leading politicians, CEOs, motivational speakers get help – why wouldn’t you?  Even if you don’t get help from a professional – ask a friend or colleague who knows about these things, listen and take their advice.  Take their advice, but do not give up ownership.

At the end of the day, your speech – is your speech.   By all means take any help you can get but put in some thought work of your own, on your own, before you get the help.

Below are 3 really simple things you can do to help you ensure that you remain true to yourself, your ideas and prepare well so that you make a really great impression.

Before you get the help, roughly jot down some of thoughts on what you think should be included – bearing in mind WHO your audience are and WHAT the overall purpose of the speech is.  You don’t need to worry about structure just yet, that comes later.  Make a note of key PHRASES you want to embed – don’t worry if the wording is not correct, that also comes later, when you get help from the professional or a friend.

If you are speaking at an event that has previously run – do your research.  If you have access to speakers content – look at it, see what worked and what didn’t work.  You would be quite surprised at the amount of speaker content on YouTube, in particular from larger events.  Note what they said, quote what they said if you like – but be sure to reference them, you don’t want to be accused of plagiarising!

When you are speaking at an event, think about who is on before you, after you, what is the overall theme?  Have a list of questions to ask the organiser or others involved.  We have a template that we use, just contact us and we will send it on.

If you have a big speaking event coming up and would like to come up Trumps – in a good way (!), see how we can help you with our 1 to 1 coaching.