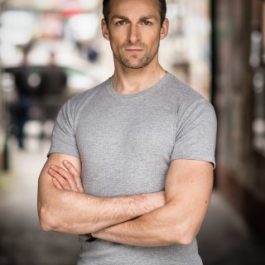 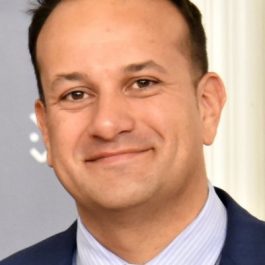 Mar 25, 2020 | Other, Presenting tips |communication tips, Presenting tips, PUBLIC SPEAKING TIPS, speech, St Patrick's Day Speech |
On 17th March at 9pm, like many other Irish families we sat, with more than a touch of trepidation as we waited for a speech from our Taoiseach, Leo Varadkar.
As the Taoiseach himself noted, this was a St Patrick’s Day we would all remember, with no parties and no parades. However, his speech was also a part of this St Patrick’s Day that we shall always remember.
So, what made this speech so memorable?

1.  Opening and immediately connecting
Being St Patrick’s Day – it was appropriate to open with a greeting in Irish to wish everyone a Happy St Patrick’s Day –  Lá Fhéile Pádraig shona daoibh.
However, he immediately connected by moving swiftly on to what was on all of our minds. Namely, it is St Patrick’s Day, and here we were sitting in front of the TV watching him, as opposed to either partying ourselves, or watching highlights of the parades and other people partying.
So, from the start, he had us hooked in to what he had to say.
Takeaway: When we have to de... 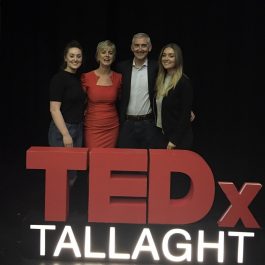 10 TEDx tips from idea to delivery

Mar 04, 2020 | Other, Presenting tips |PRESENTATION TIPS, Presenting tips, PUBLIC SPEAKING TIPS, TEDX |
Many people have an ambition to deliver a TEDx talk – it is a wonderful ambition to have!  It was an ambition I had, and managed to fulfill in October 2016.  I was thrilled to be able to share my message that “you probably are more intelligent than you think you are” in my talk.  This is a personal topic that is about my eldest daughter Katie.  She struggled academically and yet was super intelligent in other ways.
You would think that, as a TEDx speaker coach since 2014 and a high impact presentations facilitator since 2001 I would have found it super easy to put together my own talk.
Not so!  I have to confess, I did struggle to hone my talk – typical of the shoemaker and shoes!  This talk is so different to training or speaking at an event, areas in which I am totally within my comfort zone.  Many of the speakers I coach say the same thing, it really is a different type of talk altogether.
Recently I did a Live Stream with Lottie Hearn of  #LIVEWithLottie ConfidenceO... 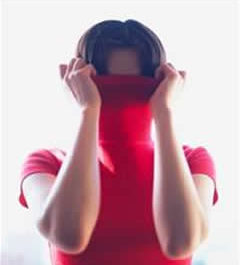 Tips on remembering names to help eliminate the 50 shades…of red!

Jun 06, 2018 | Networking, Other
Have you ever been in a situation where you have forgotten someone’s name?
Isn’t it even worse, when they have obviously remembered your name and use it several times?
You are left scrambling in your memory banks, hoping that it will suddenly come to you!  Sometimes you might even go through every letter in the alphabet, in your head – hoping against hopes that it will jump into your mind.
It can be very embarrassing, you could even find yourself turning “50 shades of red”!
A few years ago  I was visiting Kilmuckridge in Co Wexford and I met a 3 year old whom I hadn’t met since the previous year.
I was really surprised (and flattered!) when she shouted over “Hi Barbara”.
I commented to her mother that she had a child who was gifted with a fantastic memory for names, either that or I had made an amazing impression on her the previous year! Her mother burst my bubble by replying “her playschool teacher’s name is Barbara”.  Therein, lies th... 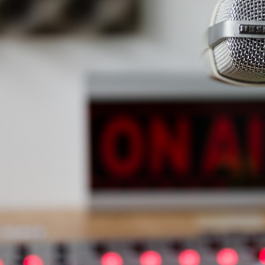 And now for something … a bit different!

Mar 21, 2018 | Other
Below is an interview that Barbara Moynihan, the founder of On Your Feet, did on South Dublin FM with Joe Dalton of Breakthrough Brands. It gives you an insight into the journey Barbara took to get On Your Feet to where it is now.
Press Play below to listen to the podcast: 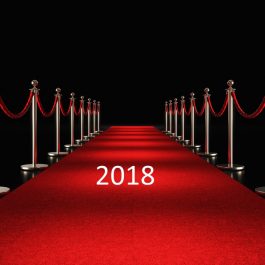 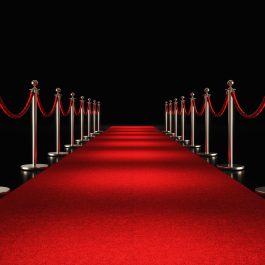 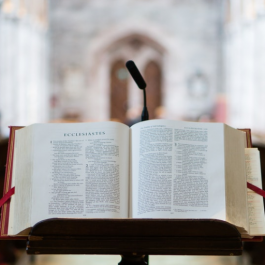 3 Funerals and a Wedding

Nov 27, 2017 | Other |body language, PUBLIC SPEAKING TIPS, speech |
Recently I was approached by 2 people with the same need but for completely different reasons. One of these was a man whose daughter was getting married. The other, also a man, had 3 people he knew with terminal illnesses. Both of them knew they would have to speak in emotional circumstances.
While shedding a tear or 2 is of course acceptable (and healthy) both of these clients felt they needed some help to ensure that they would not lose control.
As with all things, there isn’t a “one size fits all” solution. Below is a random sample of techniques that may help you if you are in a similar situation:

Breathing
Both before and during the speaking event it can be helpful to engage some deep breathing techniques.
There is a simple breathing exercise that can help hugely when feeling nervous or anxious.  When I do this breathing exercise (even when I am not feeling anxious) my heart rate consistently falls by 10%.
So, here it is – breathe in slowly for a cou... 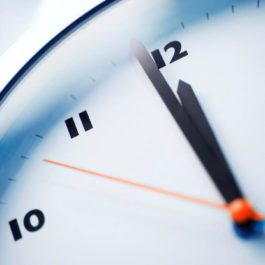 Nov 10, 2016 | blog, Other, Pitching, Presenting tips |business presentations, communicating with confidence, corporate presentatins, Presenting tips |
“How long does it take to create a first impression?”
Two minutes? Twenty seconds? Two seconds?  Some psychologists* would suggest that the length is as short as one tenth of a second.  Therefore, before you have opened your mouth the audience are beginning to form an impression.
So whether you are delivering a high impact business presentation, delivering a presentation at a conference or even a sales presentation, here are a few simple tips to ensure that when you are presenting, you create a fantastic first impression.
1.  Dress for the occasion
Bearing in mind that the first impression has already begun before you even open your mouth, what you wear really does count.
Two words can address the whole issue of dress code – dress appropriately.  By researching your audience you should have a good idea of what “appropriate” is for the occasion.  Business casual will usually suffice for those in the IT industry, while in the legal world a full suit and tie...